During this week following Easter Day and our celebration of the impact of the risen Christ, I have enjoyed the preparation for this reflection, and to be reminded of the story of Thomas. 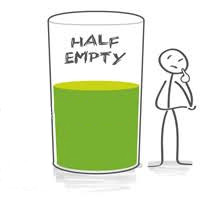 Over time Thomas has received very ‘bad press’. He’s known as doubting Thomas – a man filled with doubt and fear. More recent commentators portray a different side to Thomas. They see Thomas as a pessimist: a glass half-empty type of person, one who looked for the negative in every situation, always on the lookout for the dark side of things. If this is a starting point to evaluate Thomas, his part in the emerging Christian story, and a reflection on humankind, then we can accept that he had some admirable qualities. He was loyal to and loved his Lord. He also possessed an inquiring mind. Sure, he was sceptical. We know that his scepticism was open to discovering belief. This is the whole story of Thomas revealed in John’s account of the events that took place in the first days that followed the crucifixion and the Easter Day resurrection.

John’s account begins with a meeting of some of the disciples in a locked room. John declares the disciples were in hiding – “for fear of the temple authorities” [NRSV]. Some translations say “For fear of the Jews” [KJV and NIV]: a statement that has led and continues to generate anti-Semitism. Thomas is not there. We are not told why he was not with the other disciples. Perhaps he was away by himself coming to terms with his recent experience.

With this in mind, one commentator has named Thomas “pouting Thomas” at this point in his journey: events haven’t gone his way, so he had left his friends and gone away to pout. We do know that Thomas had seen his Lord abandoned, crucified and buried only a few days before. Thomas’ whole world had been shattered. Perhaps his mood could be described as despondent – depressed – discouraged. If this is the case, then it’s not surprising that when Thomas is greeted by an excited group of disciples enthusiastic about having met the Lord, he is sceptical, and he wants some proof. It’s stated in those well-known words “I’ll never believe it without putting my finger in the nail marks and my hand into the spear wound”. Thomas, then, was not in the same experience-place as the other disciples. He had missed out on that meeting in the locked room and did not have the experience that the others had. Given these circumstances, he wasn’t afraid to ask questions: questions motivated by a desire to know more, not motivated by doubt.

As an aside, I liked a story, that was part of my reading for today, illustrating what happens when people miss out on something important and then when confronted by something they don’t understand, they search for answers, and ask questions that some consider silly.

The story goes: In a certain mountain village in Europe many years ago, a nobleman wondered what legacy he should leave to his townspeople. At last he decided to build them a church. No one saw the complete plans for the church until it was finished. When the people gathered, they marvelled at the church’s beauty and completeness. Then someone asked: “But where are the lamps? How will it be lit?” The noblemen pointed to some brackets on the walls. Then, he gave each family a lamp to bring with them each time they came to worship. “Each time you are here the area where you are seated will be alight,” the nobleman said. “Each time you are not here, that area will be dark. This is to remind you that whenever you fail to come to church, some part of God’s house will be dark.” Like many other stories, this one has meaning at several levels. I’ve discovered that the story has been used to encourage regular attendance at worship. I’ve also discovered that sometimes our experience means that we ask questions that some consider silly or even naive. We ask questions that do not spring from doubt: they spring from a desire to know more.

So, back to Thomas. It is clear that the disciples other than Thomas were enthusiastically clear about what they had experienced. Thomas hearing their stories says: “I will not believe.”
At this point it is easy to brand Thomas as a doubter. However, in doing so we forget the reaction of the other disciples on Easter Day when they first heard the news that Jesus was not to be found in the tomb - and was alive. As recorded in Luke 24: 11 and Mark 16: 11 they didn’t believe either. The record states the disciples were overcome with grief and disappointment and they could not bring themselves to believe the good news. Change came when they knew they had seen: had experienced Jesus for themselves. 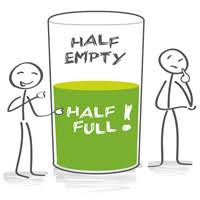 Thomas however was in a different space. He was a pessimist. His glass was half full.
He was always looking for the cloud behind the silver lining. He had had messianic hopes for Jesus. He had hoped against hope that Jesus was messiah and the saviour: firmly in the mould of a leader of insurrection that would drive the Romans out of Palestine. When the other disciples told Thomas their story, he recalled his last memory of Jesus. He had seen a dead man on the cross. No dead man could lead a rebellion.

What more do we know about Thomas? We find that something also happened to Thomas. Instead of Thomas the doubter he became “Thomas the Shouter”. Jesus appeared to Thomas and the other disciples at the end of the next week. There Jesus spoke directly to Thomas, telling Thomas to let go of his doubts and trust what he knew to be true. In John’s account of the meeting between Jesus and Thomas, Thomas does not need to touch the nail holes and place his hand in Jesus’ side: he believes and calls Jesus his own. We do not know the full detail of this encounter between Jesus and Thomas. What we do know is that Thomas, with his doubts settled, now has the experience that the other disciples had held for a week.

There are other things we know. After the Disciples’ second Upper Room encounter with Jesus, Thomas is mentioned only once more in the bible. He is mentioned in passing as one of the eleven at Pentecost. The tradition of the church however tells us much more. Thomas, this sceptic, known through history as the doubter, is also known as the one who took the Gospel to India. There is a strong tradition that he founded the Mar Thoma Nasrani church in India (the Church of the Saint Thomas Christians). Tradition in India has it that he was martyred in 72 AD after falling out with the local Hindu priests. Some Christians regard him as the Patron Saint of India.

I have always warmed to the story of Thomas and his journey that included asking questions and seeking answers. As I grow older, I see Thomas as a man of faith. I value him for that. I also value greatly his honest doubting.

I believe that Thomas, the sincere doubter, with his concern for evidence – illustrates a way in which Christian people can have much in common with scientists. I continue to be surprised at the intensity that some express a belief that science is the enemy of faith. To me both faith and science depend on a sense of wonder and both ask questions to seek answers. Asking ‘why’ can lead to faith as well as scientific discoveries, and a little wondering can develop into a great sense of awe that is the basis of worship. My experience is also that honest doubt can help protect us from accepting nonsense and leave us open to discovery of the truth. 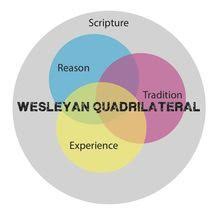 In this regard I am supported by my Wesleyan heritage. John Wesley established the Wesleyan quadrilateral – the four legs to Wesley’s evaluation of all things. To Wesley the four elements to consider before arriving at any conclusion were: scripture – what does the bible say; tradition – what has the church collectively said throughout the ages; experience – how has this matter been managed by others; and reason – how do we explain this to others. Wesley made some statements that warm my heart. Others have found them disquieting. For example, Wesley when confronted with having to explain the Trinity is said to have retorted: “Bring me a worm that can comprehend a man, and then I will show you a man who can comprehend the Triune God.

So, in conclusion, what do I make of Thomas and his place in our knowledge and application of scripture today. I see the sceptic Thomas having a real-life encounter with Jesus. At that point where Jesus invited Thomas to stretch out his hand and touch the wounds inflicted by nails and spear there was an immediate connection. At that moment all that Thomas had experienced came together – despair and doubt became transformed into faith and whole-hearted commitment.

Today there is an invitation to each of us to make, or to renew our commitment to the God, revealed to us through Jesus Christ, attested to in the scriptures, reflected in the tradition of generations, known through the experience of others and in our own, that is able to be shared with others. We can be like Thomas and embrace the Jesus-way. Our prayer is that this will be so.