This sometimes-named parable of the labourers in the vineyard came alive for me in March 2018. Sonia and I were fortunate to be travelling in Rajasthan State, India. Early one morning, from the window of our bus, as we drove through a village, I noted a large number of men and women gathered near the village crossroads - waiting. Some seemed older and others very young. I asked our guide: “What’s happening here?” His response: “They’re day labourers – waiting to be hired.” Our guide then described the exact same employment relationships between those available to work and the landowners (or more likely the landowner’s agent) that I knew from the parable. The labourers were faced with all the uncertainties related to whether they would be chosen to work and for how long, opening themselves up to possible exploitation, mirroring exactly what I knew about this parable, but now some twenty-one centuries later.

With renewed interest, I now ask: “How do we remember the story; “what do we hear”; “what do we assume as we read the story”; “what does Matthew assume we know”; and “why is this story only recorded by Matthew?”

Very regularly I hear a gospel reading seemingly for the first time. New meaning leaps out at me. There is a fresh understanding. Sometimes, this revelation literally takes my breath away.

This was my experience when I heard this reading (as though it was for the first time) in 2003. I had just been appointed as Principal of Wesley College; and I found myself attending a Disciplinary Committee meeting of the Board of Trustees. Though I must have set the procedure in motion by suspending the boy concerned, I don’t remember the reason for doing this. I do however remember the outcome. The Board decided to exclude the young boy. They clearly agreed with their Principal that the action that led to the boy being suspended was very serious and that he could no longer attend Wesley College.

The second reason for this memory is that I had prepared to advise the gathered school of this outcome at assembly the next day. At Wesley College each school day begins with a chapel service. The Chaplain for the day chooses the reading, and after the singing of a hymn, gives a brief explanation.
The Principal follows with any announcements. On this particular day the chaplain chose Matthew 18: 21 – 35 as the reading. We had not spoken, and I did not know what was about to unfold. Those words we’ve heard today were read. This seemingly contradictory juxtaposition of an exclusion from school and consideration of where forgiveness fits in everyday living had not been planned. I could not follow and announce what had happened the night before! 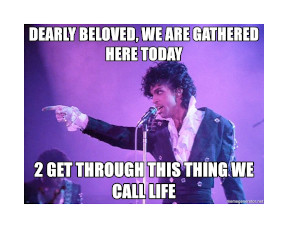 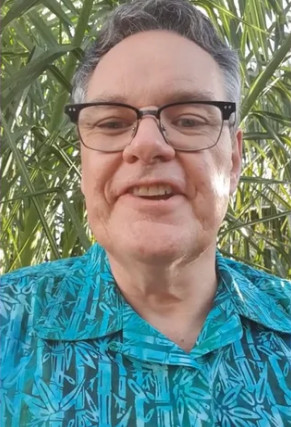 I can’t do the voice but keep remembering lines from Prince’s 1984 hit Let’s go crazy: 1

Dearly beloved, we have gathered here today
To get through this thing called life
Electric word life it means forever and that's a mighty long time…

It’s tiring. Everything is about COVID-19. News updates, the daily cases, the longing to travel again, evolving advice, conflicting rumours and concerns.

This morning my main focus is on the Exodus reading that we’ve heard today.  I invite us to consider that it recalls events based in ancient times and provides us with a context in which we are able to evaluate the domestic politics and foreign policy of our times, as we view what’s happening in our world through 21st Century ‘Christian’ eyes.

As a child I clearly recall listening to and acting out the story of Joseph – the forerunner of the Moses in today’s story.  Joseph was the one labelled ‘dreamer’. We dressed in overlarge shirts and wrapped our loins with striped beach towels, modelling what we understood of a story set in a different place and time. Some years later I found the story became even more accessible when it was set to music by Tim Rice and Andrew Lloyd Weber, performed on both stage and screen as ‘Joseph and the Amazing Technicolour Dreamcoat’.  Perhaps the real story became sanitised through such drama.

As children we marvelled as the Exodus account developed into the legend of Moses in the bulrushes: this Moses the one who leads his people out of Egypt into a place labelled ‘the promised land’.  A richly idealised story of the refugee Israelites fleeing famine, and finding refuge in Egypt some many years later, becomes an account of reaction to race-based intolerance and exploiting leading to liberation.  The ‘promised land’ offered the hope of new beginnings and opportunities. Both the Joseph and Moses stories acted out in Sunday School pageants and recitations: provided teachable moments used to reinforce notions that good times follow bad times, that good triumphs over evil, that selflessness will have its rewards – each one overlayed with a slight hint that human values of kindness and compassion will eventually shine through regardless of the ethnicity or religion of those involved.  Is this what you remember?

My reflection this morning is to invite consideration of what happened that day as Jesus ventured into Canaanite territory. There he met a Canaanite woman who challenged his thinking.

The man Jesus raised in a cultural context that placed this woman as one unimportant, and not worth the time to engage with in meaningful conversation, finds himself unable to escape the persistent challenge from that woman to help her daughter and herself.

Culturally Jesus is not obliged to answer this challenge. The woman is a pagan: he is an Israelite. They are not equals on many levels. Following the honour code of his culture, Jesus ignores her.

Then we see change! The sense that Jesus has of who sits inside God’s realm, reinforced though his upbringing, is challenged, stretched, and enhanced by his encounter with this fierce and faithful woman.

The response Jesus makes in this setting enlarged access to the kindom of God: it becomes so much bigger than he had initially imagined and so much more encompassing than he’d dreamed.
This was good news then: it’s good news now. There is a place in the kindom of God for all.

I propose that we now include three things in our consideration. The first is that, at least at first, Jesus is not seen in a too gracious light. Accepting this can be a challenge. He’s not seen as caring, sensitive, compassionate to those outside the clearly defined in-group. Remember only a few verses earlier in Matthew’s gospel Jesus sends the twelve on their mission to ‘the lost sheep of Israel’ and instructs them to steer clear of the Gentiles and Samaritans.

Then, Jesus finds himself in gentile territory. He encounters – encounters deeply – the world of the Canaanite woman; and changes his view. That Jesus could change his view allows me to make like changes to my thinking.

The second is to further recognise that Jesus was human and responding in a human way. Perhaps we can sympathise with him as he’s badgered by a persistent, pestering woman, who would not let the matter drop.
The story reminds us that members of despised or oppressed groups have to be bold to be heard. The historical Jesus had to struggle to come to terms with the negative in his upbringing. He does: reinforcing the imperative for us to do likewise!

The third is to consider who is the hero (or should I say heroine) in the story. It’s not Jesus, but the persisting, pestering, hanging-on-in-there, bugging woman. This woman is not content to be ignored, because she is convinced her daughter deserves to be given the chance at living a normal, productive life. Her persistence, based on her faith in a God who can change things for the better, is rewarded. This is a mighty example to all who hangout for change in our world promoting the view that God’s grace is extended to all, not just a select, privileged group, and that where there are matters that call out for resolution that they are addressed compassionately, with the aim of restoring broken relationships and enhancing the mana of all.

Today’s gospel reading concludes sharply: Jesus grants the woman’s request and her daughter is healed instantly. Such immediate change is not something we experience so readily. Change, especially when it involves relationships, occurs only after there is much persistence and pestering.

The Jewish scriptures brought to us from the book of Genesis this morning attest to that. The story of Joshua being reunited with his brothers fits alongside today’s gospel. Joseph’s brothers must have been in a heightened state of anxiety when recognition came that the powerful man, standing resplendent in front of them was the brother that they had abandoned those many years before. How would he respond to them now? Was retribution in store? No, Joseph had a different plan. He asked first about his father and Benjamin his youngest brother. What a model to consider when we seek resolution of long-term broken relationships thrust before us as religious, cultural and socio-economic paradigms rage around us.

May God guide us as we consider the Word for today and lead us into a more peaceful, just, and compassionate world, where the place of all is valued.