There are two musical themes in this piece. At the beginning, you can hear big chords stating "Ho-saaaa-na!" Then a 'second subject' comes in quietly, and gradually builds in excitement until in the final few bars it is once again exuberantly shouting "Hosanna! Hosanna! Hosanna!", and then at the very end everything it's got goes into a finishing "Amen".  Recorded 4 April 2020, in the garage.
( If the Youtube player above does not work for you then you may download audio file (mp3) only)

Virtual cuppa after the service

It is our tradition to share morning tea after the church service, but instead here is something for all of us at home in lockdown: 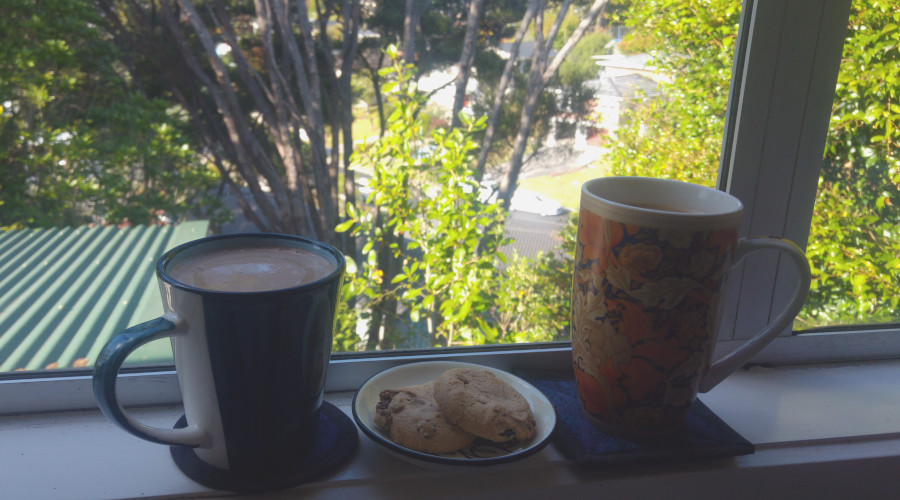 Thanks to organist Walter Nicholls for the accompanying music: prelude, two hymn tunes and postlude.